Juan Duque’s solo-show at JosédelaFuente is an exploration into multiple conditions of presence. The one of the artist, perceived as body-subject, and of the audience, prompted to act as an agent when engaging with the space.

The Brussels-based Colombian artist recognises the body as a site of meaning-making, the place where information and histories become truly significant. In the exhibition, the Self as subject-matter approaches the Other through the placement and displacement of its figure in relation to site and objects – permeating the space with an absented presence extended further to text and images.

The works in this exhibition weave relational ecologies in which the dichotomy of the human presence/absence is sensibly evoked. As in the three hand-shaped plexiglass sculptures Conjunto de tres manos sin título (2016) or Sin título (2018), the still from a performed score wrote by Duque. A composition of hands’ impressions, curves and melted quasi-body parts build the mixed-media installation Precedent Shadows (2017); whereas a feeling of missing presence is grasped in Máscara para pared (2016), a found object of unclear yet fascinating function, resembling Rebecca Horn’s objects-as-extension of the body.

The artist’s architectural background defines his recurrent tendency to position the body in relation to everything else; to identify its boundaries, limits and vectors, in an attempt to measure the stretchable horizon of expectations (Hans Robert Jauss) proper to each individual. The b/w photographs, Talones (2018), Between bodies (2018), and Tapando el sol en Madrid, a print on silk from 2014, capture with a grey pallor past performative actions – recalling Vito Acconci’s analogic images for the extremely raw nature of the documentation.

With the unfolding of media, Presence is continuously remapped from here to there. In the looped video Finger tracing the skyline of Asia, standing in Europe, Istanbul (2013), geographical and cultural borders are pointed up by seemingly appearing to trace lines between the body and the objects. In Máscara para suelo (2016), the audience’s presence also becomes palpable – in confronting the viewer with the perception of his/her own reflection.

Distinctive and discursive forms are developed from disparate materials, accentuating the ductile yet fleeting ethos of the works, which harmoniously invade the space in an attempt to spatialise the fragile boundaries between our bodies, the architectural space of the gallery and the interpersonal spaces around us – made of objects and events. By inhabiting the existing vacuum produced within those three elements, the audience’s ability to adapt, change and engage is challenged by Duque, who magnificently confronts the viewer with the multiplicity of times, environments and performances surrounding us.

A review of this exhibition by Wendy Navarro was published in Art Nexus 109 pp. 100-101 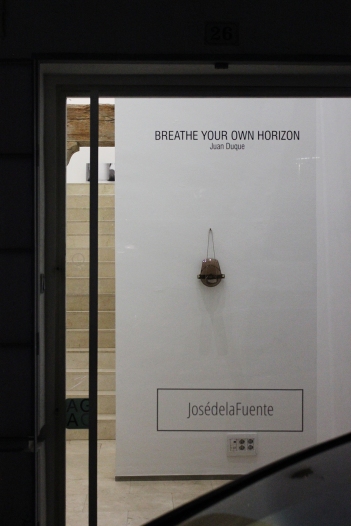 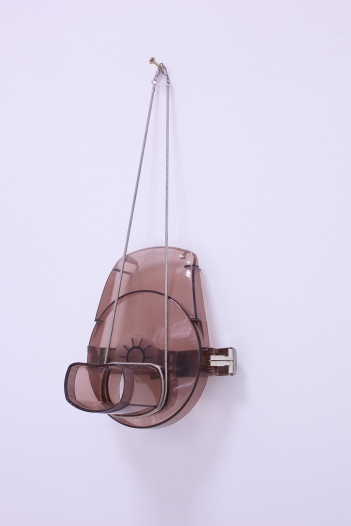 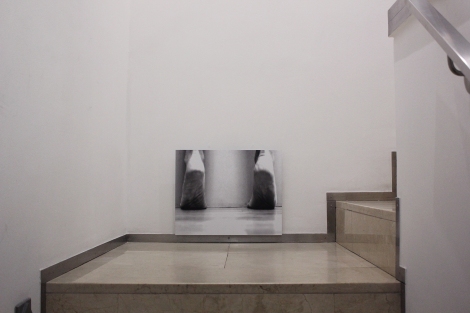 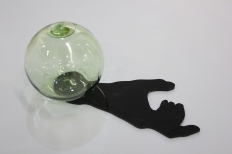 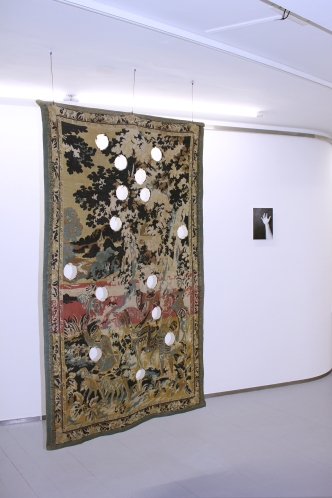 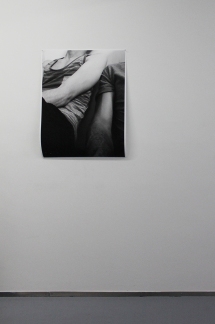 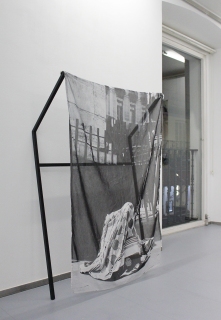 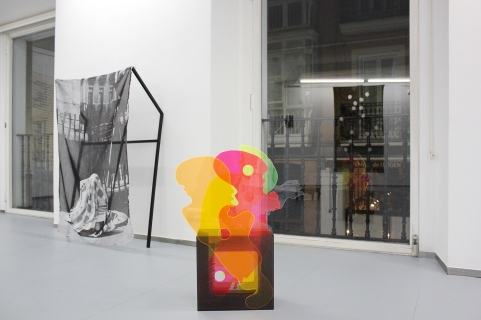 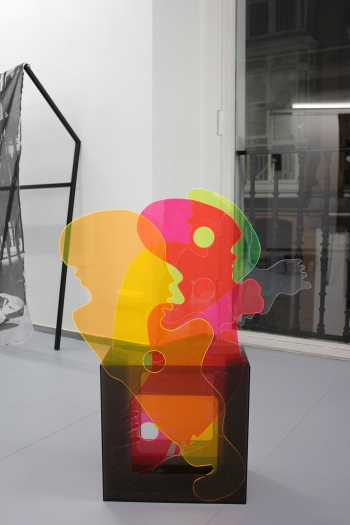 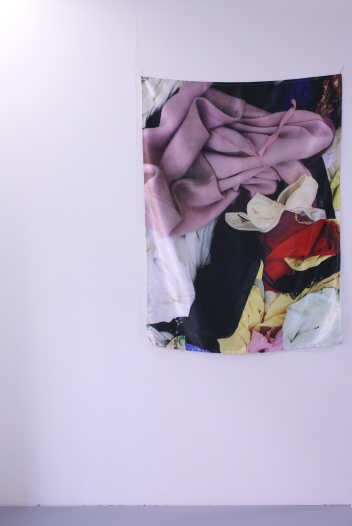